Presidential Elections and the 3/5 Compromise 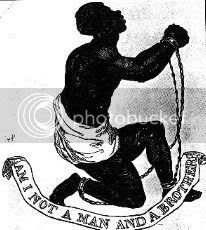 During the Constitutional Convention, James Madison noted an important observation he had made. He claimed that of all the difficulties that separated Northern and Southern states, slavery was by far the biggest. As we all know, the founders of the American Republic sanctioned a 3/5 compromise to the Constitution. This compromise guaranteed the Southern states greater representation in Congress by counting slaves as 3/5 of a person. Essentially, this meant that the South would have a larger say in government at the expense of its slave population (which of course was not allowed to vote).

Northerners saw this as misrepresentation. Their feelings were that since slaves could not vote, they should not be counted amongst the general population of the South. In essence, the North felt cheated by the hypocrisy of the South's demand for greater representation, especially since the representation came at the expense of slaves.

The effects of the 3/5 Compromise became evident at election time. In the election of 1800, Thomas Jefferson defeated John Adams by only 7 electoral votes. The election was clearly divided by the slavery issue. The north had predominantly gone with Adams, while the South sided with Jefferson. As the votes were counted, Northern politicians quickly realized that without the 3/5 Compromise, Jefferson would have defeated. The fact that slaves had been counted as part of the South's representation had given Jefferson the victory. Later elections would have the same results. The election of James Madison and Martin Van Buren would all be influenced by the 3/5 Compromise.

It is worth noting that the South owed a tremendous political debt to a large chunk of the population they chose to keep in bondage.
Posted by Brad Hart at 11:25:00 AM

I was actually going to do a posting very similar to this. I second everything you've said here. The 3/5 Compromise has always bothered me. It is one of the biggest examples of how slavery was an issue for our Founding Fathers.

The 3/5 Compromise was a dirty move on the part of those present at the Constitutional Convention. I don't think, however, that any of us would disagree on the fact that without making this deal, there would have been a good chance that the Southern states would have never joined the Union. It was a bad deal, and yes it had a negative impact overall on the early American republic, but I tend to believe that it had to be done. Great posting! This is an important (and often overlooked) issue.

I wonder sometimes how true that claim is that the South would have never joined the Union. Gary Nash makes a compelling argument that the South was in desperate need of joining the union after the revolution. I think it is a question worth looking in to.

Has anyone read the book Decision in Philadelphia by the Colliers? They make the argument that the anti-slavery Founders could've achieved a better (better for the slaves) arrangement with the South than what they did. I tend to agree, but (like Chris says) I don't think it would've been much better. The Deep South would've walked away from the convention, and probably would've taken one or two Upper South states with them.

I've heard of that book Brian, but I've never had the chance to read it. Is it worth it? With all that is out there to read I have become pretty picky about what I read (only so many hours in a day I guess).

its really got good information through the your articles
thanks

You really need to qualify your statement "The election was clearly divided by the slavery issue."
If by that you mean that the disproportional amount of electoral votes given to the slave holding states, then that is true. However, disproportional amount of electoral votes given to the small states (through the "senatorial bump") would have given Jefferson the Presidency even without the advantage of the 3/5 compromise (see Lance Banning's review of Garry Wills).
It is interesting that with both Constitutional disproportionate measures influencing the outcome of the election of 1800, Jefferson was elected President ultimately not because of Southern power, but by Northerners in the House of Representatives.
If by your statement you meant that the issue of slavery somehow determined how the voters voted in the election, you really need to prove that.

SHORORITU--EXCELENCE IN STYLE AND FASHION

A Place For Everythings

Hey Anonymous - you seem to be referring to Delaware which had 10$ of its votes coming from slaaveholders. It was essentially a slave state.

The 3/5 compromise plus Jefferson/Madison/Monroe's efforts to bring in more slave states resulted in the slaave apower controlling congress.

A more cogent analysis would look at the impact of slavery on New York politics - the importance of the cotton trade to NYC led to Republican strength there.

Slavery - throught 3/5 rule and its large economic influence - clearly defined American politics in the 1800s. The Civil War did not happen by accident. It wasn't untitl enough new populous non slave states entered the union that things started to change (and even only then because the southern states jumped the guy and overreacted - they probably could have controlled the government a while longer).

As the fight to win the 2016 presidential election heats up, here is a guide to who may be the next president of the United States. Up vote your bet. http://www.topchart.io/lists/2016-presidential-candidates